According to the National Center for Learning Disabilities (NCLD), the Elementary & Secondary Education Act (ESEA) / No Child Left Behind (NCLB) reauthorization in Congress is moving at lightning speed.  NCLD has identified significant threats due to the misinformed and dated views of some Congressional members based on what students with learning disabilities cannot due instead of what they are capable of doing with the appropriate accommodations.  The biggest threat seems to be the belief that students with disabilities need to be taken out of the general assessment and given alternate assessments which takes the students off track for a standard high school diploma that then impacts college and future potential.  ESEA governs everything in public schools, including inclusion in the general education setting.  The one thing that NCLD keeps hearing from the Congressional Representatives is that they need to hear from the parents:  what the parents think and what the parents want. 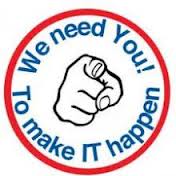 Please tell Congress that it must maintain high expectations for students with learning disabilities as they rewrite ESEA/NCLB.

Congress must ensure that students are prepared to graduate from high school, ready to succeed in college or in a career.  The law must also provide early identification of attention and learning issues, such as dyslexia, as well as classroom resources and teacher training in evidence-based methods, such as structured literacy.   Also, please request that your Congressional Representative join the Dyslexia Caucus, now headed by Representatives Lamar Smith and Julia Brownley, so that we can count on his or her support for national level legislation in regards to dyslexia.

Please note: Representative Marcia Fudge is the only member of Congress from Ohio on the House Education and Workforce Committee, a crucial committee in which any legislation impacting education must pass through. It is of the upmost importance that residents in her district contact her and request that she joins the Dyslexia Caucus.