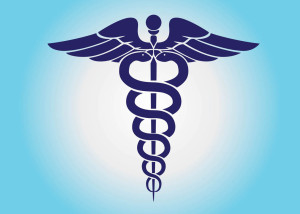 The question of who can or cannot give a particular diagnosis, anything from dyslexia to schizophrenia, to a broken leg, depends entirely on two questions:

We all diagnose on a regular basis.  When you told your child they had the flu and should stay home from school, you were diagnosing.  When the school allows a parent to call a child in with influenza, they are accepting a diagnosis.  But your insurance company and pharmacy won’t accept that diagnosis if you want prescription medication.

So, the question in this case is who can make a diagnosis of dyslexia (lots of people) and by so doing, get others to assign resources to the condition (fewer people).

If an insurance plan paid for the treatment of dyslexia, they would require a diagnosis by a doctor or a licensed psychologist (not a school psychologist in most states).  The expectation that doctors and psychologists would not make such a diagnosis unless they were qualified is in the law only in the sense that the ethics of those professions are referenced in licensing statutes.  There is nothing explicit in the law which says a dermatologist can’t diagnose dyslexia but a developmental pediatrician with adequate training can.  That is for each physician or other licensed professional to decide for themselves.  And, mostly, they take this seriously since licenses are lost or suspended over this kind of thing.

But insurance plans don’t pay for the treatment of dyslexia, so the resources we are mostly trying to access are in school.  So, the power to diagnose dyslexia is determined by who the school will accept as having that power.  Schools must respond to diagnoses from certain people (their own diagnosticians) but can respond to diagnoses from nearly anyone.  This is where it gets very interesting, if you like hypocrisy and ignorance.

Schools say dyslexia is a medical diagnosis, but if you get a Physician to diagnose it they will say they don’t have to respond to medical diagnoses.  When someone says you need an fMRI to diagnose dyslexia they are both ignorant (no one uses fMRI to diagnose dyslexia in the real world) and playing a game.  Because if you ever did get that fMRI, they wouldn’t care.  They’d say that’s a medical diagnosis and not their problem.  It isn’t their job to use their resources to treat medical conditions, except in certain circumstances and only as they see fit and only as it pertains to the educational environment.

Doctors and others can write orders which excuse a child from something at school, but our power to compel schools to do things is near zero.  I once excused a child from gym class until further notice and if the school tried to make her go to gym, they could have been in a lot of trouble.  But I can’t write an order for a school to let a child have gym twice a day.  Making schools or people do things, especially things they aren’t doing already, is very different from telling them they can’t do a thing.

Any doctor can excuse a kid from school and every school must accept that excuse unless they are prepared to contest it.  We presume the order is correct and must be followed and the school must make a strong case to do otherwise.  But If I write an order for a kid to be allowed to go to the gym when he is angry, or to get OG tutoring, schools have a lot of authority to resist or ignore my order.  And in the case of the tutoring, I may be ordering them to do something they don’t do.  It would be like ordering them to build a gym so the kid can go there and cool off. I don’t have that power.

So, even if you get an outside diagnosis of dyslexia, schools can ignore it in many cases.  If they can’t, or if they choose not to, they still have nearly absolute power over how they respond to that diagnosis using their resources.  You can appeal, but the process begins with a presumption of their authority.

And, let me add, that is how it should be.  The solution is NOT to force schools to follow instructional orders from professionals outside the school.  Think about that nightmare for a few seconds and it should be obvious why that’s the case.

The United States Department of Education Office of Special Education and Rehabilitative Services issued a Dear Colleague letter on October 23, 2015 regarding dyslexia which stated:

The purpose of this letter is to clarify that there is nothing in the IDEA that would prohibit the use of the terms dyslexia, dyscalculia, and dysgraphia in IDEA evaluations, eligibility determinations, or IEP documents.  (paragraph 1)

In Ohio, psychologists, including school psychologists, as long as they have had training in how to evaluate and identify dyslexia, are qualified to diagnose dyslexia under Ohio Revised Code of Law 4732.01:

(E) “Practice of school psychology” means rendering or offering to render to individuals, groups, organizations, or the public any of the following services:

While it is true that schools only evaluate to determine eligibility under IDEA, they cannot do this unless it has been determined that a student does indeed have a disability that is negatively impacting learning.  This cannot be done without the school’s psychologist administering the appropriate assessments, interpreting the results, and making recommendations to the school team (which includes the parent(s)) on the course of action to be taken.

Sometimes, the team may decide that a student does have a disability, but the disability is not impacting learning.  For example, a student with mild dyslexia or a student with dyslexia who has been remediated, may not require an individualized education plan (IEP).  The student can read, but at a pace that cannot keep up with demand, and could benefit from accommodations such as extra time and/or assistive technology under a 504 Plan.